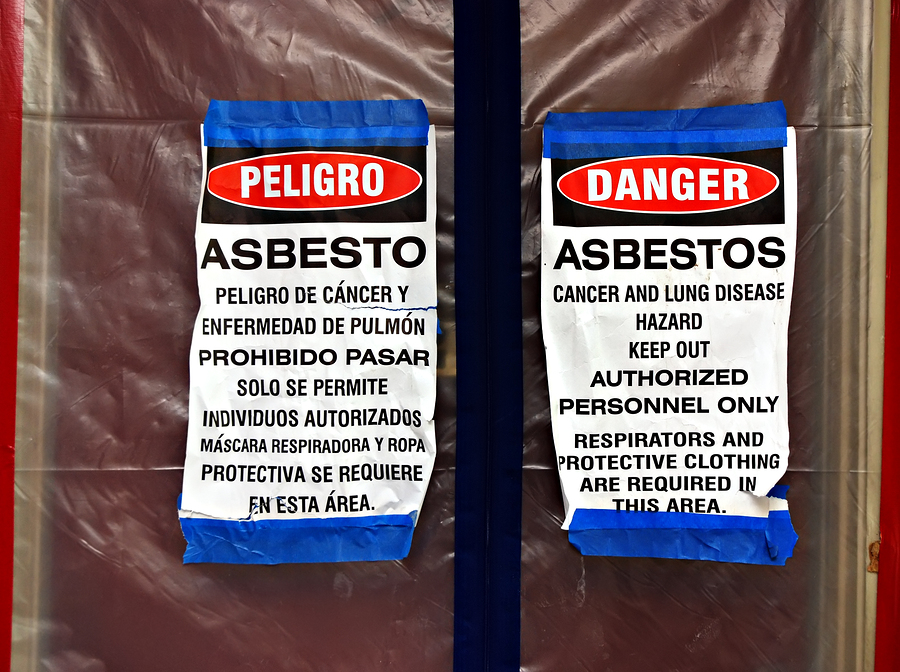 No one should suffer with or die from cancer; no one’s family members should have to suffer along with their loved ones while terminal illness destroys lives. But what makes some forms of cancer random cases of misfortune while others are foundation for legal pursuits? The answer is that many forms of cancer occur naturally within the body whereas other forms, such as mesothelioma, are a direct result of exposure to a product known to have terminal, cancer-causing effects.

Mesothelioma lawsuits exist today because the single source for the illness has been discovered by medical scientists and restricted by law. Despite the restrictions and known dangers, some corporations secretly and illegally continue to use products known to create terminal illness in employees with long term exposure.

When a person files a personal injury claim for their mesothelioma diagnosis, or a wrongful death claim because of the death caused by mesothelioma, the claim is not about the desire to cash a check. Mesothelioma is not a get-rich-quick-scheme or a ploy to squeeze money from somewhere it’s not deserved. On the contrary, these lawsuits are attempts to regain money spent on medical expenses, loss of wages, pain and suffering, and, in some unfortunate cases, funeral expenses. Furthermore, mesothelioma lawsuits can draw much-needed attention to businesses who continue to put employees at risk, and hold those businesses accountable legally and financially for their actions.

There should be no new cases of mesothelioma being generated today, only the discovery of some situations wherein the disease has laid dormant for many years. However, because of greed, commerce trumps morals in many situations and innocent people suffer, families get torn apart, and lives are forever changed in the name of the all mighty dollar.

Mesothelioma is a rare and often terminal form cancer that infects the mesothelial lining of the abdomen, lungs, or heart. There is only one cause for this specific type of cancer, and most treatments are non-effective.

Asbestos is a natural fibrous mineral appreciated for qualities of sound absorption, tensile strength, affordability, and fire resistance. Although used sparingly for thousands and thousands of years around the world for a multitude of purposes, asbestos wasn’t commonly used in mass until the 1950s through the 1990s when it was implemented as a popular construction and manufacturing material with highly-sought after qualities.

Asbestos Past and Present | Money and Mesothelioma

Asbestos has been around for thousands of years; it’s not new, and it didn’t always cause cancer. However, when the use of asbestos turned mainstream enough for its fire retardancy and other beneficial properties that asbestos-mining evolved to an industry, the negative effects of asbestos on the human body became evident as more and more cases of fatal illnesses manifested with links to the popular construction material.

By 1909, mesothelioma was a term coined by J.G. Adam to identify a string of related cancers infecting the mesothelial lining of the abdomen, lungs, and heart. At that point, however, the connection had not yet been made between the cancers and asbestos. By the 1930s, suspicions were on the rise, but with no evidence. The asbestos industry was thriving with masses of the mined material being used in an array of building materials and every day products, so the problem remained muted until around the 1970s as more fatal cases began to manifest, and then legally restricted in the 1980s and 1990s. People discovered that breathing in the fibers of the natural minerals led to the formulation of cancer cells.

But here’s the rub; here’s why we currently have litigation surrounding mesothelioma: Asbestos is still in use today. Companies requiring employees to work around asbestos must provide safety measures and gear, but knowing asbestos causes terminal cancer was not sufficient enough to halt its use in manufacturing and construction. Legally, the material is restricted, but not outlawed. Even so, not all companies operate within the law regarding the safety of their employees.

To confuse that issue, the diseases caused by asbestos can lay dormant – monsters in hiding – for ten to fifty years before diagnosis. There’s a group of people who have been diagnosed with mesothelioma – some of whom who have had it for years and never knew because no one knew the dangers of asbestos or the dormancy of mesothelioma. Then, there’s another group of victims who have a terminal illness because someone in a suit decided that using asbestos took higher priority than keeping employees alive and well.

Every year, between 2,000 and 3,000 people receive a diagnosis of mesothelioma in the United States. Most people diagnosed with mesothelioma in the U.S. are between the ages of 60 and 80 years old when they receive their diagnosis, and more men are diagnosed than women. Because the disease remains dormant so long and its symptoms take time to manifest, treatment can be difficult or non-effective when the cancer is too advanced.

The Types of Mesothelioma & Prognosis

Pleural mesothelioma which affects the lungs can present symptoms of chest pain, fluid buildup, painful breaths, and a persistent cough.

The unfortunate circumstance is that early detection is nearly impossible with mesothelioma as the disease can lay in hiding for decades and can be asymptomatic or late in presenting symptoms until well after tumors have established. Because early detection is rare, treatment can be non-effective as the cancers are too far advanced. There are some cases, though, that with aggressive treatments such as surgery, chemotherapy, and radiation have gone into full remission. At one point, though, a diagnosis of mesothelioma came with a life expectancy of 12 to 21 months. On the plus side, however, the survival rate over the last decade has improved.
Connecting the Dots | A New Link Between Carcinoma and Mesothelioma

Skin cancer, or squamous cell carcinoma, is not caused by asbestos like mesothelioma is; however, over the course of the years the disease has been studied by scientists and doctors, there has been a link between people with skin lesions, skin cancer, or moles – adenocarcinoma, small cell carcinoma and large cell carcinoma, and other forms of skin cancer that could help trigger a diagnosis of mesothelioma. The advantage to the awareness of the link between the two types of cancers, although unrelated, is that people suffering from carcinoma may be more susceptible to, and therefore easier to diagnose for mesothelioma. Earlier diagnosis, of course, leads to more effective treatment.

Diagnosis and Treatment of Mesothelioma

There are several ways to diagnose mesothelioma including x-rays, cat scans, fluid draining, laparoscopy, or other methods. To treat the disease when diagnosed early enough, doctors rely on chemotherapy, radiotherapy, and surgery. However, these treatments have not proven effective against the terminal forms of cancer caused by asbestos exposure.

When You Need a Mesothelioma Lawyer

No legal endeavors or financial compensation can undo the damage caused by mesothelioma. No judge’s orders can reverse the illness, ease the symptoms, or comfort those afflicted. However, patients can experience relief from their medical bills and lost wages, family members can receive reimbursement for medical bills and funeral expenses, and companies who knowingly expose innocent people to the terminal effects of asbestos can be made to pay a hefty price for their greed and lack of regard for the safety of others.

The first asbestos-related lawsuit took place in 1966. Earlier, the problems with asbestos weren’t yet discovered, hadn’t yet posed a health risk, and could be considered innocent mistakes. However, once the awareness came to be, when people understood the toxic nature of asbestos and its use was minimized by law, that should have been the end of the problem. Those using the product should have recognized the error and adjusted immediately. Many did. Most did. However, others did not. Some corporations continued the practice of using harmful materials for gain, even knowing they were putting employees at risk. Those are the companies who need to be stopped. Filing a mesothelioma lawsuit isn’t about trying to make a profit from an illness, but about being compensated for personal pain and suffering, reimbursed for what you’ve had to pay for care, and drawing attention to the companies whose actions are proving deadly.

No Time to Lose

Mesothelioma laws vary from one state to the next. One of the variances in mesothelioma law between states is regarding the statute of limitations. The statute of limitations means there’s an expiration date on when you can file a claim, a date that is set the moment you receive diagnosis. When you’ve received a positive mesothelioma diagnosis from your doctor, contact a mesothelioma attorney immediately and without delay. Waiting too long could close that window of opportunity, leaving you responsible for your own medical expenses, income, and spares the responsible company the burden of being held accountable for their actions.

The Burden of Proof

Because the consequences are steep for companies found guilty of exposing employees to asbestos, victims must provide thorough and detailed proof of their condition and its cause. Plaintiffs filing claims against defendants for exposure to asbestos must be able to track their illness to the moment of exposure, and be able to establish proof that the people in charge knew about the exposure and failed to take action that could have prevented the illness. Keep detailed notes and records of all correspondence with your doctor and with any co-workers, managers, or company supervisors pertaining to your asbestos exposure and eventual mesothelioma diagnosis.

Mesothelioma isn’t one of those unfortunate and random acts of illness that strikes without provocation. On the contrary, mesothelioma is a rare cancer caused only by long term exposure to asbestos. Although asbestos has been appreciated for its fire retardancy and other beneficial properties for thousands of years, it was used sparingly, in moderation. As evolution and technology unfolded in time, other societies found the benefit in asbestos, and discovery the resources to mine the fibrous mineral for mass production.

Decades passed of people mass-producing asbestos in the work place before connections were made between asbestos and certain types of cancer known as mesothelioma. But in time, doctors and scientists discovered with certainty that asbestos had toxic properties for humans – the minerals’ fibers, when breathed in, created cancerous cells that spread, becoming terminal. OSHA got wind of the dangers and began enforcing regulations and restrictions, but asbestos was never officially outlawed – just restricted.

The money was too good; some companies couldn’t resist the urge to continue use of the product. Some practiced responsible use, educating employees and providing safety equipment. Others, however, adapted shady practices of secret exposure, leading to a surge of mesothelioma cases across the country.

When you choose to obtain legal representation from an asbestos attorney, a lawyer who specializes in mesothelioma, you’re not looking for a way to get rich from your misfortune. On the contrary, you’re trying to stop the people who are getting rich by exposing you and others to dangerous materials that cause terminal illness.